Lenten Journey
discover the secrets of the chancel screen​
​ 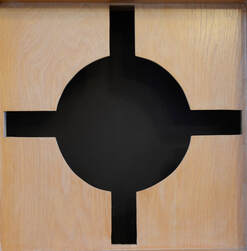 The screen seeks to tell a story beginning with creation, and extending to the end times.  The screen should be read from left to right.  The screen starts with the Gospel Door, followed by nine panels composed of two vertical rows of symbols.  The screen is completed by the Epistle Door on the extreme right.

The cross with a round disc at the junction of its limbs recurs throughout the screen is termed a Cross Nowy (shown above).  The cross is the symbol of Christianity and the circle, wherever it is found,  symbolizes eternity.

Over the Gospel and Epistle Doors are panels depicting four winged figures.  These represent the four Evangelists.  These symbols may be traced back almost to the beginning of the Christian era.  They are the four winged creatures mentioned in the first chapter of the Book of Ezekiel, in the Old Testament, as well as in the fourth chapter of the Revelation of St. John the Divine, in the New Testament , namely the Winged Man, the Winged Lion, the Winged Calf or Ox and the Winged Eagle.
​
Some of the Church Fathers state that that the four symbols represent the four chief events of our Lord’s earthly life, namely: 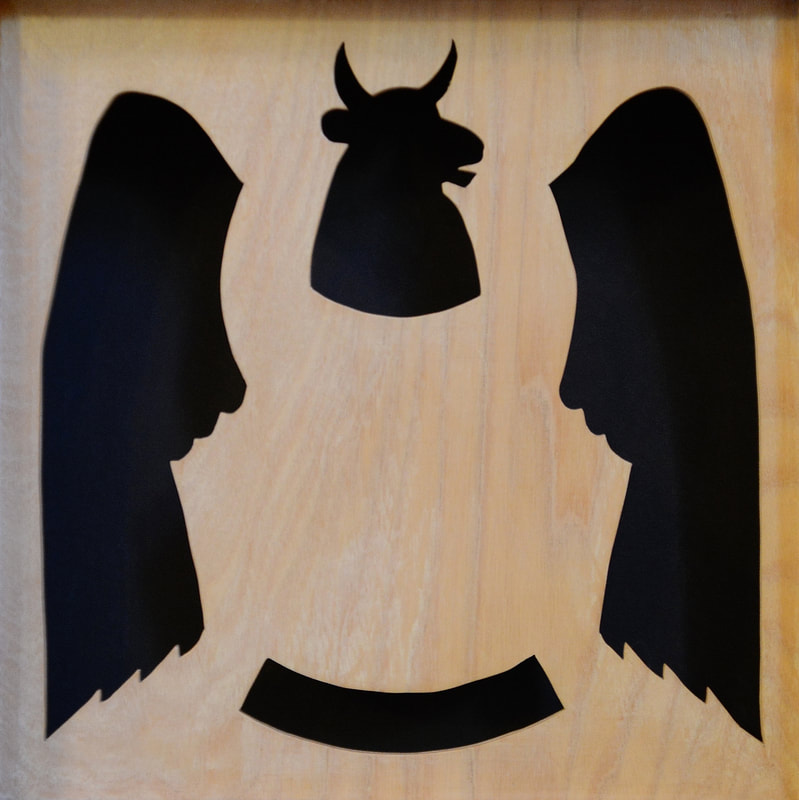 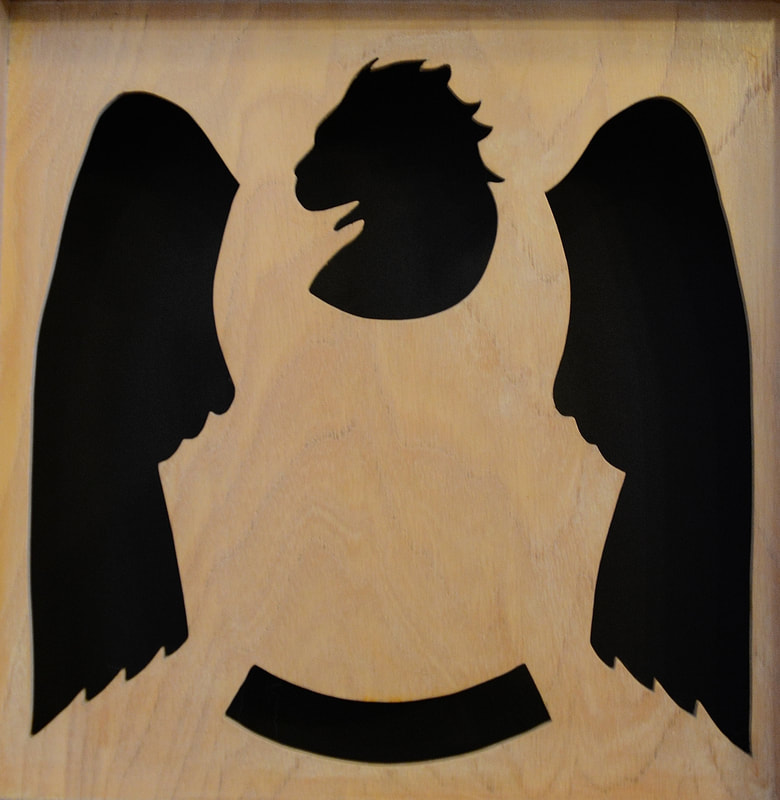 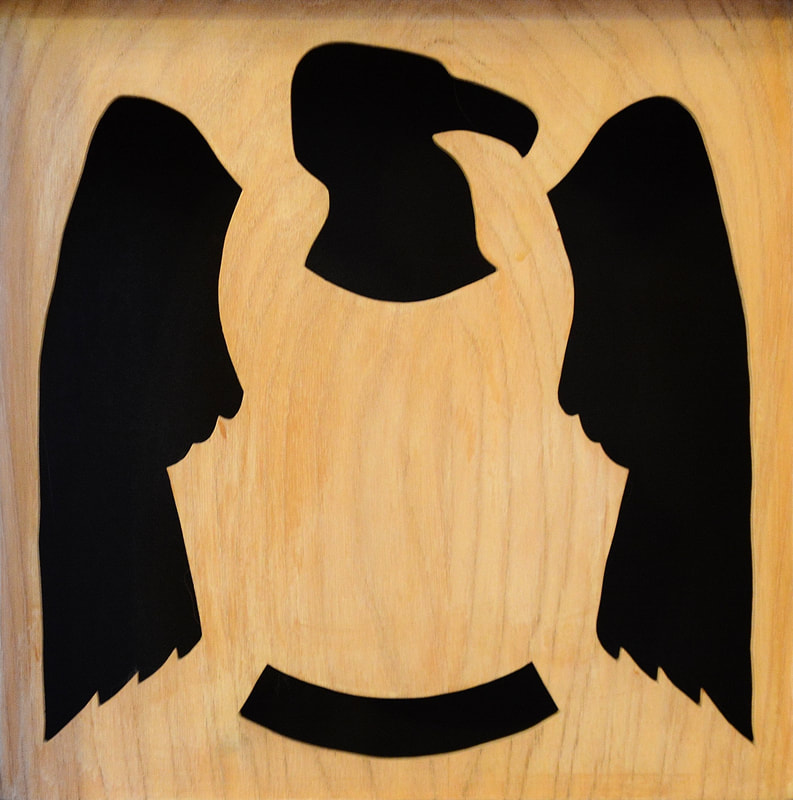 Images of the Winged Man: His Incarnation
the Winged Ox: His Sacrificial Death
the Winged Lion: His Resurrection
​  and the Winged Eagle: His Ascension
​******
​
​Our Mission is to proclaim the Good News of the Gospel and to seek and serve Christ in all people.
St. John's Episcopal Church Mission Statement, January 2019